For the past 25 years, the North American Free Trade Agreement (NAFTA) has governed the trading relationship between the United States, Mexico, and Canada. The trade bloc aims to reduce trade restrictions among the three countries, thus encouraging investment and increasing market access. Since 1993, trade between U.S. and Canada has more than doubled, and grown more than nine-fold between Canada and Mexico.

Following the election of U.S. President Trump, the three nations reopened negotiations surrounding the bloc. In late 2019, the United States-Mexico-Canada Agreement (USMCA) was sent to each member nation for ratification. The new agreement preserves key elements of their standing trading relationship, while incorporating new and updated provisions that seek to address modern day trade issues.

In March 2020, Canada’s parliament was the final of the signatory nations to pass the new trade agreement. The trade agreement’s ratification sets its implementation date on July 01, 2020.

In the meantime, U.S. Customs and Border Protection (CBP) has released USMCA Interim Implementation Instructions to assist those in the trade community with preparing for implementation. You can find the webpage from CPB here and the full instructions here.

You can find the full text of the agreement here.

The USMCA maintains much of NAFTA with a few key improvements, including:

A particular point of highlight in the new agreement are the updated Rules of Origin.

Once USMCA takes effect, an importer’s current NAFTA certificate will no longer apply. In order to import goods previously covered under NAFTA, the products will need to be recertified under USMCA Rules of Origin. Additionally, “Certification” will replace Certificates of Origin and may be completed by the exporter, producer, or importer. There is no prescribed format for the Certificates of Origin, but it must contain a set of minimum data elements described in Annex 5-A of the Agreement. Filers will not be expected to file until the new Agreement takes effect.

These updates are meant to simplify the means of processing and certifying the origin of the good, as well as provide broader powers to appeal and enhance cooperation among customs administrations.

Although USMCA was ratified by all three members nations, they will first need to notify each of their ratifications before the agreement will go into effect. Trans-Border will continue to monitor the situation and keep you informed of any new developments. If you have any questions, please reach out to Bill Carey, Import Compliance Manager, at bcarey@tbgfs.com or (800) 493-9444. 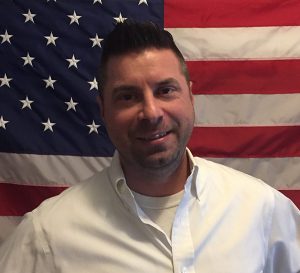