Each year, Trans-Border’s team of directors put together an award to recognize an employee’s exemplary performance over that year. We are proud to announce the 2018 Director’s Award goes to Dan Hollenbeck. 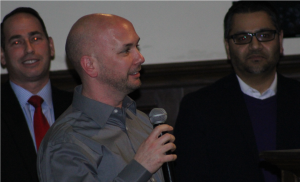 “It’s the challenge,” Dan explains when asked what his favorite part of his job is. “I love being the guy that says ‘yep, I got the answer.’” He credits his entrepreneurial spirit to the environment created by the partners and community here at Trans-Border. “I really enjoy coming through for people.”

Even as Dan sits in this conference room, his fire is evident. Today’s particular encouragement comes from his department’s performance – just shy of double their usual daily production. “I like results,” Dan explains, working alongside and leading his team to achieve and surpass expectations day after day.

This year’s Director’s Award was based on five criteria: consistency, positive energy, patience, thinking outside the box, and being a team player. Dan felt, even before his win was announced, that this award was made for him. “You can count on me,” Dan says, explaining that he feels he totally embodies the spirit of the Director’s Award this year. 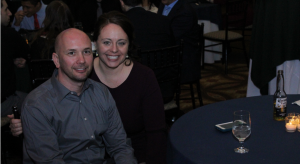 “I love to vacation,” Dan concludes, touting his love for beaches and, specifically, Ocean City, MD. And, when he’s not catching some waves, Dan loved tinkering with his 1968 Mustang. “There she is,” Dan grins as he goes to show me a picture of the Mustang on his phone. Built from the ground up, “she” was one of Dan’s most prized possessions.

“I’m an optimist – just happy to be alive,” Dan announced immediately upon meeting me today, a grin stretching from ear to ear. It’s that exact mindset that allowed Dan to excel in 2018 and will continue to propel him towards great heights, here at Trans-Border and beyond.